Everett Transit may allow certain private transportation providers, as defined in ESB 5096 passed by the Washington State Legislature on 4/21/17, to use its park and ride facility during off-peak hours. Interested parties should contact Everett Transit at (425) 257-7777 or ETmail@Everettwa.gov to request use of the park and ride facility during off-peak hours. Off-peak hours, as defined by the Washington State Transportation Commission, are 9 a.m. to 3 p.m. weekdays.

If, at any time, capacity during off-peak hours reaches or exceeds 90 percent, Everett Transit reserves the right to withdraw permission for this use so that the facility can be used for its originally intended purpose. Such withdrawal will be effective immediately, and will remain in effect as long as capacity continues to reach or exceed 90 percent during off-peak hours. 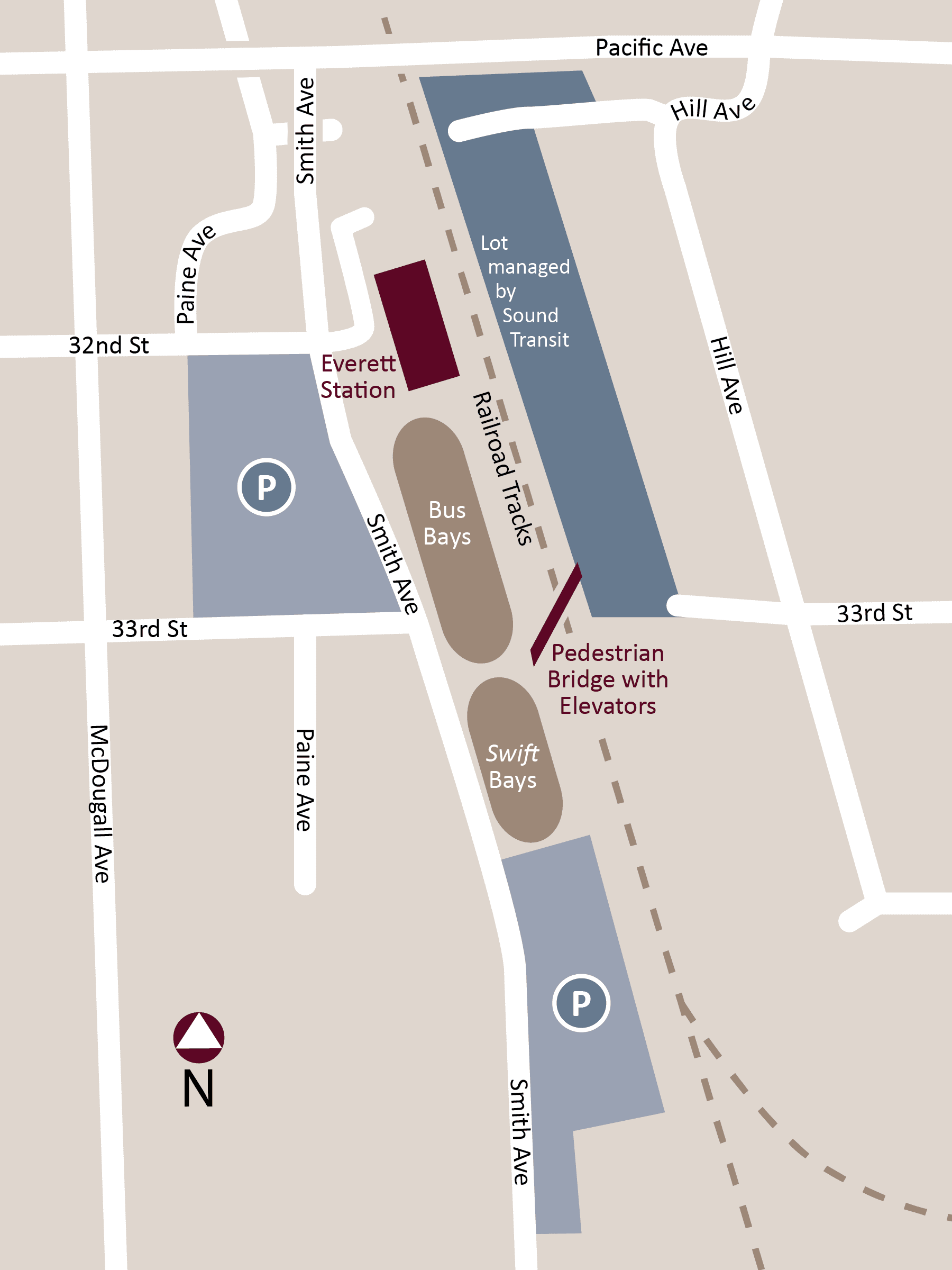 Title VI Notice to the Public: It is Everett Transit’s policy to assure that no person shall, on the grounds of race, color, national origin or sex, as provided by Title VI of the Civil Rights Act of 1964, be excluded from participation in, be denied the benefits of, or be otherwise discriminated against under any of its federally funded programs and activities. Any person who believes their Title VI protection has been violated, may file a complaint with Everett Transit’s Title VI Specialist. For additional information regarding Title VI complaint procedures and/or information regarding our non-discrimination obligations, please contact Everett Transit’s Title VI Specialist at (425) 257-8910.

American with Disabilities Act (ADA) Information: This material can be made available in an alternate format by emailing Everett Transit at ETmail@Everettwa.gov or by calling (425) 257-7777. Persons who are deaf or hearing impaired may make a request by calling the Washington State Relay at 711.